If amendments had gone through the Senate, they would have been a game changer for the aged care sector. They would have improved transparency and accountability around finances, staffing ratios and complaints in aged care homes. 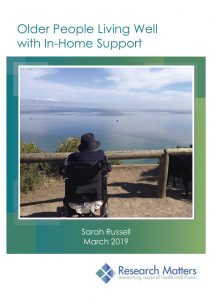 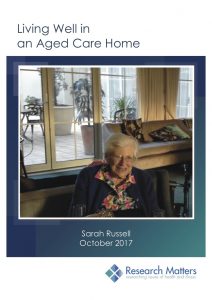 After publishing my article Bullying and Abuse among aged care advocates must stop I became a target of abuse.

Heather Mansell Brown claimed the posts in my article were doctored. They were not. In fact these posts were merely a taste of the abuse that Heather and her cabal of disaffected women inflicted on a small community in Southern Queensland. This document contains many abusive posts from Heather and those who support her. Sadly, there are many, many more.

Jane Hiliary Seaholme claimed I lied in the account of the personal abuse she raged against me. This document provides evidence of Jane’s abusive Emails and Tweets verbatim and my responses to her puerile abuse.

Heather and Jane continue their ongoing abuse towards providers, government and advocates with whom they disagree. They have both created a social media echo chamber – Heather on Facebook; Jane on Twitter. These echo chambers, inhabited by a small number of the usual suspects, is a toxic place to visit.

“There are some aged care homes that are chronically understaffed and the care is just not good enough.” Dr Sarah Russell speaks about the loss of her mother and potentially preventable deaths in our aged care system.

The title of this year’s Victorian Healthcare Week Great Debate was: Do We Need Mandated Staffing Ratios in Aged Care? Are we better off focusing on the quality outcomes for older Australians rather than mandated staffing ratios?

I was 2nd speaker on the negative side.

Before jumping into another expensive royal commission, it would have been prudent for Scott Morrison to review the numerous inquiries that both LNP and ALP governments have initiated over the past decade. Surely the government didn’t need Four Corners to inform them that the aged care sector is a national disgrace.

The media has been reporting story after story of appalling treatment in aged care homes. But aged care is much more than residential care. It also includes home care packages and the Commonwealth Home Support Programme.