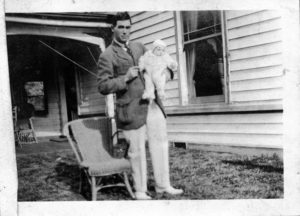 What would make a man eulogise about his dead father at his mother’s funeral and then propose a toast to his “mother and father”?

This eulogy was more than your garden-variety misogyny. It was misogyny on steroids.

Listening to the eulogy, I was transported back to the to the Victorian era. In those days, a wife lost her personal identity when she acquired her husband’s name. A wife became her husband’s property, his chattel.

Victorian marriage and property laws stipulated that a married woman did not have a separate legal existence from her husband. A married woman was a dependent, like an underage child or a slave, and could not own property in her own name or control her own money.

The laws changed over a hundred years ago. Thankfully so too did attitudes towards married women. Older women may be the last bastion of Victorian traditions.

Some older women are treated like an underage child after their husband dies. They are encouraged to appoint a financial power of attorney because older women, particularly those who have not been the family’s breadwinner, are assumed to be incapable of managing their own financial affairs. Not only is this patronising but also it disempowers older women.

Financial powers of attorney are required to act in the older woman’s best interest. If they don’t, it is financial elder abuse.

Financial elder abuse may begin with the best intentions – with children acting as their mother’s financial power of attorney thereby managing her finances. This can quickly progress to a sense of entitlement, particularly when adult children have mortgages or debts.

In some families, children are not willing to wait for their inheritance until after their mother dies. They assume what was once ‘Mum and Dad’s money’ is now their money, not their mothers’ money. They may even curtail the amount of money their mother spends.

There have been several high-profile trust fund disputes in which sons have sued their mothers. In one case, a former pupil of a private boys school in Sydney sued his mother after the family estate was left to his mother rather than to him. This “old boy” was castigated by the judge for having a “highly developed and unhealthy sense of entitlement“.

Financial elder abuse is currently not a criminal offence in Australia. It is treated as a private issue, like family violence was treated during the Victorian era – before the work feminists did to make it a public issue. For financial elder abuse to become a criminal offence, attitudes towards older people, particularly older women, need to change.