Australians are living longer and living richer than at any time. While some older people are enjoying their wealth – travelling the world, their luggage broadcasting that they are ”spending their children’s inheritance” – others live in aged care facilities, with their children keeping their eyes peeled on the ”Bank of Mum and Dad”.

As economic conditions worsen, this second group is at greater risk than ever of being financially abused. And research has found that adult children, particularly sons, are the most common perpetrators.

State Trustees Victoria has recorded a spike in the numbers of older Victorians who are financially abused as well as the amount of money involved. A research paper it commissioned, For Love or Money: Intergenerational management of older Victorians’ assets, found that women over the age of 80 are most at risk of financial elder abuse, often by someone in a position of trust – their children.

Financial elder abuse may begin with the best intentions – with an elderly parent asking a child to act as their power of attorney and thereby manage their finances. This can quickly progress to a sense of entitlement, particularly when adult children have mortgages or debts. They often justify their actions by saying: ”Mum doesn’t need money now, and it’s going to be mine anyway.”

Studies confirm that financial abuse is the most common, and fastest-growing, type of abuse of older people. The most vulnerable include those with diminished capacity due to dementia and depression, and older people who rely on others to manage their finances. However, there is little reliable data on its extent. It is often a silent crime – unreported, unacknowledged.

Earlier this year the banking industry tried to raise awareness of financial elder abuse by announcing initiatives to help prevent this silent crime. But like all silent crimes perpetrated mostly on women – domestic violence, sexual assault, bullying – financial abuse will be difficult to police.

Children with early inheritance syndrome often make ageist and sexist assumptions that devalue the rights of their elderly parents. A common one is that older people, particularly women who have not been the family’s breadwinner, find discussions about financial issues complex and stressful. Not only is this patronising but also it disempowers older women. Another is that having a large amount of money does not improve an older person’s quality of life. Most of us take comfort in the security of having savings. Why would older people be any different? The generation that experienced the Depression may take even more comfort from having a safety net than their children.

The third assumption is that a parent is no worse off after gifting money to their children. This is absurd. The less money they have, the less able they are to make decisions about how their money is spent.

Reducing an older person’s income also reduces fees at an aged care facility – helpful for beneficiaries, but older people may appreciate the care they receive from staff at the facility. They may feel an aged care facility that provides daily care deserves their money more than children who visit infrequently with flowers and chocolates.

The final assumption is that an older person’s current will is their final one. Most people change their wills throughout their lives as circumstances change. Why would older people be different? After spending several years in an aged care facility, parents may change their mind about who should receive their money. They may once have wanted their assets shared equally among their children. But later in life, when their children are financially secure, some older people may prefer to give money to Doctors without Borders, The Lost Dogs Home, or even a kind nurse at the aged care facility. This is surely their decision, not their children’s.

As the vulnerability of older people increases, their dependence on family members also increases. Often they do not want to say ”No” to their children’s requests for money or asset transfers for fear of upsetting these relationships. Sadly, at a time when they most need their children’s love and support, the love of money can trump a person’s love for mum or dad. 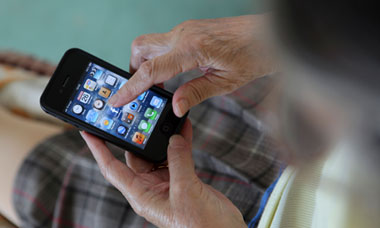 I regularly do The Age crossword with a delightful group of elderly women who live in an aged-care facility. These women have done the crossword for more than 60 years. For them, nothing is certain except death, taxes and The Age crossword.

These women have an excellent knowledge of synonyms that leaves me for dead. They also easily adapted to the increasing inclusion of short phrases in the crossword. There was laughter when we finally came up with ”trip of a lifetime” for the clue ”most remembered tour”.

However, the general knowledge questions often leave them bewildered. They had no clue who Andy Murray’s tennis coach is or who are citizens of Yerevan.

Rather than complain, these older women simply move with the times. They ask me to pull out the gadget in my pocket and ”google” the answers.

In 2012, relatives at an aged care home in Melbourne were concerned about inadequate care. Relatives documented incidents of negligence, incompetence, staff not telling the truth, bullying and racial vilification.They also reported numerous thefts, though this was difficult to prove because victims were invariably people with dementia.

Fortunately, the owner responded positively to our list of grievances. Most importantly, he replaced the manager. Good managers are the linchpins of a quality aged care home.